As winners of the 2018 Weng’an Mountain Outdoor Race we returned this year with the goal to repeat our success. The only change to our team was the departure of Adventure Racing legend Marcel Hagener which left an opening for Sam Manson to join Sam Clark, Simone Maier and me in the team. We knew Manson had the complete skillset, experience of racing in China and fitness to contribute, but his performance was even more impressive than anticipated and we are thrilled to consider him a huge asset for our future races.

Weng’an is a three day stage-race involving the usual mix of running, mountain biking and kayaking, along with navigation, abseiling and caving with winning stage times ranging from approximately 5-8 hours. The weather was mostly wet and treacherous but finished on the final day with 30+ degrees and a hot sun! It certainly made decision making important and our team’s eventual success seemed to come via equal parts conservative, cautious approaches alongside aggressive, race-winning moves where opportunities arose. That said, we all had a spill on the bike and took a few tumbles running too, so it wasn’t all sunshine and rainbows. But we managed to keep ourselves safe and eventually we got the job done by winning all three days and the overall race by over 20 minutes after nearly 17 hours of racing. 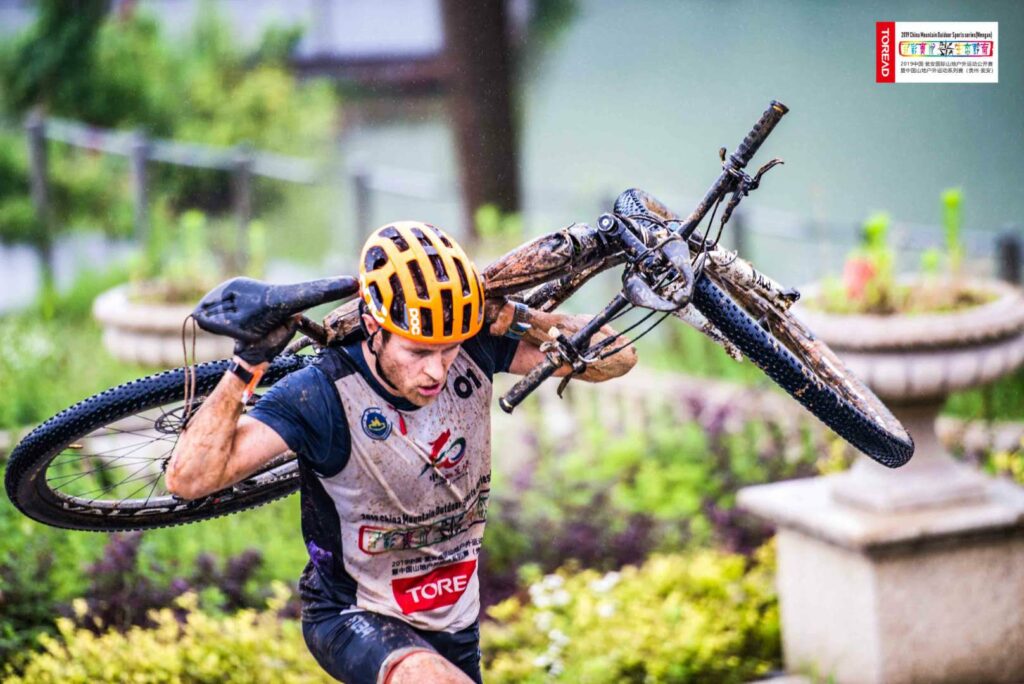 Other than the sensible decision making and united commitment to pushing ourselves really hard, the other key to our success would likely be our considered approach to nutrition and recovery. China isn’t the best place to eat and recover like an elite endurance athlete, so sometimes some improvisation can be the difference. We were fortunate to have support from Radix Nutrition which are high quality NZ-made dehydrated meals designed for performance, well-being and recovery. We’d start and finish each day with these meals and flush them down with Lifestream Spirulina Performance and Vital Organic Greens to keep our bodies functioning at the highest level despite being surrounded by unfamiliar local foods. We even travelled to China with Oofos sandals which are designed specifically for physical recovery and rapidly force your feet to forgive the punishment you inflict on them across many hours of fast-paced racing. Sometimes it is the ‘one-percenters’ that can make all the difference.

Day one was mostly biking and mostly on the sub-tropical equivalent to black ice: wet, green moss-covered roads. It was super slippery. At one stage we spotted a small gap on our main rivals Team Raw Adventure and within the blink of an eye we were in TTT mode and riding away into the lead. We knew we had the horsepower on the bike, but we had to make a move when it was safe and achievable to do so. Tucking down onto our Ride Farr AERO MTB bars helped us slipstream away and once again affirmed our smart team decisions around equipment-choice before the race. We are lucky to have support from such clever and effective brands.

The caving, abseiling, kayaking and running stages that followed were a case of controlling our own race from the front and balancing the urge to extend our advantage with the awareness of the extra risks presented by the wet and slippery surfaces. Eventually we made it to the finish with about an 8 minute lead over Raw Adventure and a nice little confidence boost with two days to go.
We have many years of collective experience in China now and one thing we were acutely aware of was the fact that things can change very quickly in these races. With day two expected to take the winners around 8 hours, we had plenty of variables to negotiate and we weren’t going to take anything (not even an 8 minute lead) for granted. The meat of the stage was a 5 hour kayak which we knew we’d be strong at. But we also knew how hard it can be to shake other teams in these kayaks given the massive advantage you get from ‘wash-riding’ behind another team’s boat. We had to get a gap on the first 45min run and 2km kayak carry to the water.

We managed to sneak down to the start of the kayak with a couple of minutes on Raw Adventure which could have been the biggest influence on our overall race success in hindsight. It meant we could paddle our own rhythm and push the advantage, which turned out to be around 14 minutes by the end of the paddle. We were able to take it back a notch on the final 17km trail run to the finish to ensure we still had some energy reserves for the final day, eventually finishing about 10 minutes ahead of 2ndand taking our advantage to about 18 minutes. It was also Manson’s birthday, so we were thrilled to celebrate his 28thlap of the sun with another stage win. Once again, we were quickly tucking into a mix of Radix Nutrition for replenishment and adding SkybrightSports Endurance electrolyte drops (another cool kiwi brand) to our water bottles to fast-track hydration levels.

The final day involved a very tough mountain bike which included a couple of extended bike-carry sections over some mountainous trails followed by a ‘traditional’ orienteering (i.e. map and compass, no use of GPS or other device) stage to finish. Once again, the day started wet and slippery. From my point of view this was the last chance to have our race aspirations ruined as the risks of cycling at speed on wet roads in a massive bunch of nervous cyclists of varying abilities and skill levels is a little frightening and unpredictable. Our plan had to be to ride hard to stay on the front and protect our safety from rogue cyclists making dumb decisions.
We achieved what we intended to by pushing the pace from the start and keeping out of trouble. By the time we hit the first bike carry we were still at the front of the race and only a couple of teams were still within touch. That is, until Simone went to the front and forced the pace up a level. Clark, Manson and I simply focused on keeping up with Simone as we literally pulled away on this section from every team in the race. Honestly, if Adventure Racing was more of a mainstream sport, the world wouldn’t believe the physical and mental toughness they’d see in this lady. It is a pleasure to witness her at work first-hand. She essentially carried her bike over the steep mountain path faster than any other team could handle (lucky us lads held on, just). 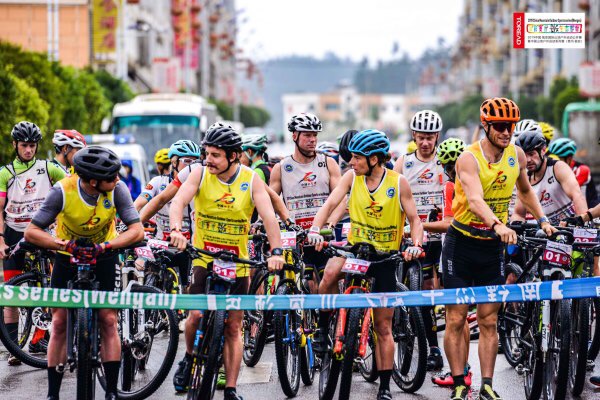 All that was left to do was navigate our way through 15km of city streets, parks and tourist areas by foot and find 7x checkpoints before finishing. Manson took the map and compass and was flawless in finding the way. I struggled on this stage. I am not sure if it was the heat or a little complacency, but it certainly offered me a chance to step outside my race brain and observe the team at work a little more objectively. It was poetry in motion. Manson working his magic, Clark towing like the workhorse he is while assisting with route finding, Simone just driving her body further than anyone can, as she always does. It was a chance to feel proud of how we’d come together and performed so well as a team. Us lads are obviously chasing similar individual goals like the Kathmandu Coast to Coast and other events which presents a risk of internal competitiveness affecting our ability to perform as a team. It just doesn’t happen. The four of us looked after each other, raced our hearts out and even managed to have fun while taking our bodies and minds a long way away from comfort. 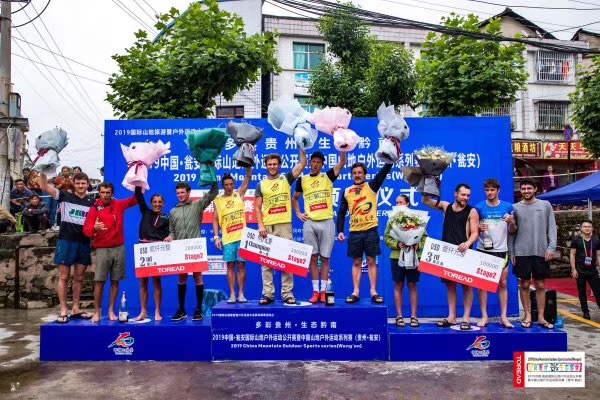 It is hard to describe these races to friends and supporters. They are truly the hardest style races I have done. But they are also some of the most enjoyable and rewarding. There are just so many variables to manage to achieve team success. Gear and nutrition are important of course, but in the end, I think it is a case of having teammates that are willing to go to the well for each other. Looking ahead to the next few events we will do in August and September, I am certain we are ready to do exactly this all over again.
On behalf of the team thank you to everyone who took interest in our race. We love seeing the support flow our way during the race. We also want to thank the companies that supported the four of us on this trip: Radix Nutrition, Vital Greens, Lifestream, Ride Farr and Oofos. What a privilege to handpick products we truly believe will be performance enhancing and receive support from them. Please look to support these brands if you like to see NZ teams taking on the world. We couldn’t do it without them.
Finally I’d like to make a special acknowledgement of my major personal sponsors who support not just my team races but also my individual efforts everyday in training and races: